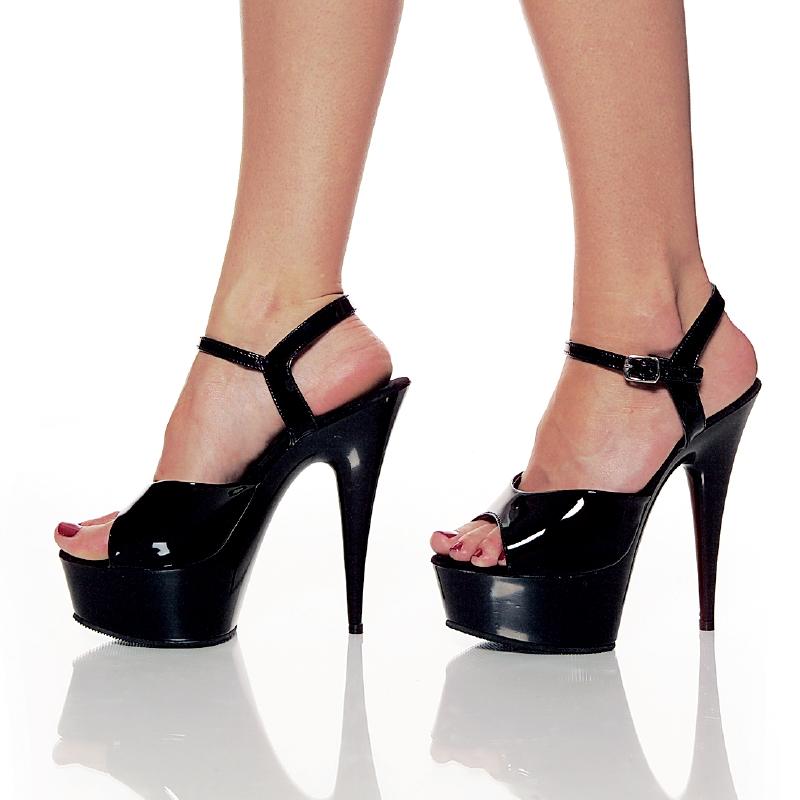 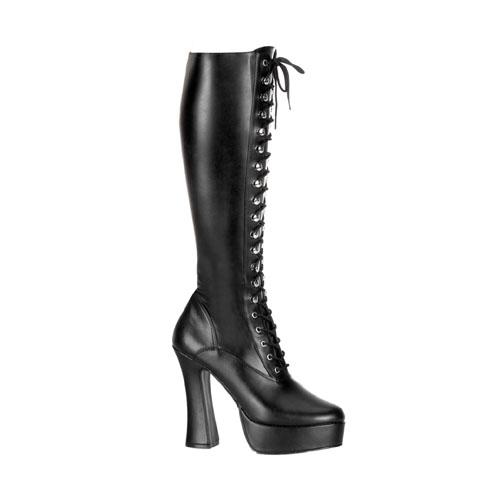 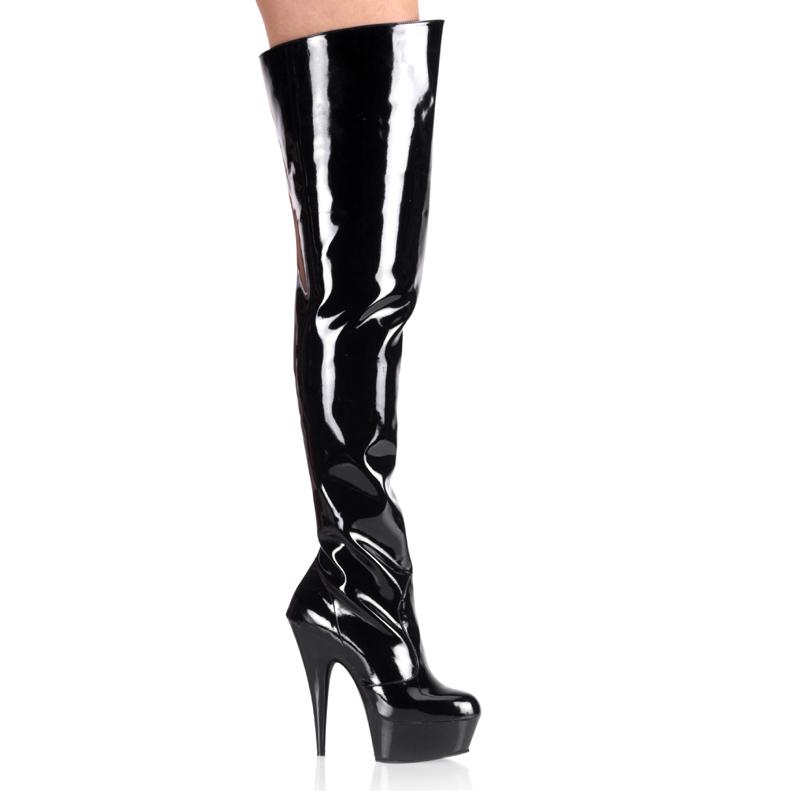 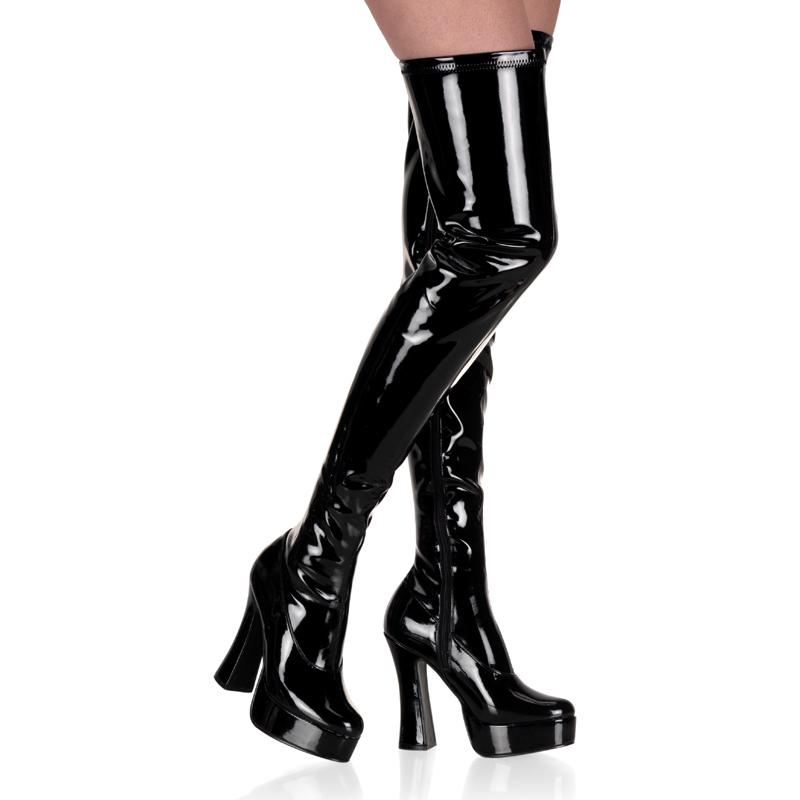 Platform shoes are shoes, boots or sandals with thick soles usually around three inches in height or more, often made of cork, plastic, rubber, or wood (wooden-soled platform shoes are technically also clogs). They have been worn in various cultures since ancient times for fashion or for added height.

Platform shoes took off in a very big way amongst most age groups and classes of UK men and women in the 1970's. Whilst wedge heels were popular on platforms in the summer, high thick separate heeled platform boots and shoes were 'all the rage'. Many of the shoe styles were recycled 1940's and early 1950's styles, but both shoes and boots were often in garish combinations of bright colours. The Spice Girls, as with many UK young women and even men of the time, would have seen their mothers' and fathers' '70's shoes at the back of the wardrobe and would have played in them as little girls and boys. (This kind of childhood experiences may explain why fashion seems to repeat on a twenty year cycle).